The time has arrived. I’ve finally complied a list of the games I loved most from last year. 2018 was a great year for my kind of games. We had some prime single player, narrative driven games, which I will always devour, and I was especially happy with how many great indies I got to play this year, bolstered by the ever expanding Switch library. This list is by no means a critical list of the BEST games of 2018, but they were the best games for me. I’ve also included the platform I played them on for reference.

Before I get to the big five, I want to mention a few games that I played in 2018 that didn’t fit the criteria, but that I still wanted to gush about for a bit.

Shadow of the Colossus Remake (PS4)

One of my favorite games of all time returned last year in a beautiful HD remake built from the ground up for the PS4. Revisiting its melancholy world of towering colossi and vast empty landscapes was an absolute joy. This new version is simply gorgeous. The lonely behemoths are as awesome and hairy as ever, defeating them still somehow manages to be exciting and unsettlingly sad at the same time.  You just feel the thing you’re doing has serious consequences, but you have to press forward to save the girl you love. I had the chance to play through it with a friend this time around who had never played it before, and that was a treat. Shadow of the Colossus remains one of my favorite video games of all time.

No game has consumed my free time as much as Slay the Spire did over the last year. This deck-building rogue-like scratched my card game and deck-building itch so perfectly. It manages to mitigate a lot of the problems PvP deck building games tend to have while still capturing the thrill of chasing that perfect build or card combo like a master. It’s gearing up to be released from early access in a few days, and it’s been fun to follow the game through its development. I’ll be playing this one for years to come. 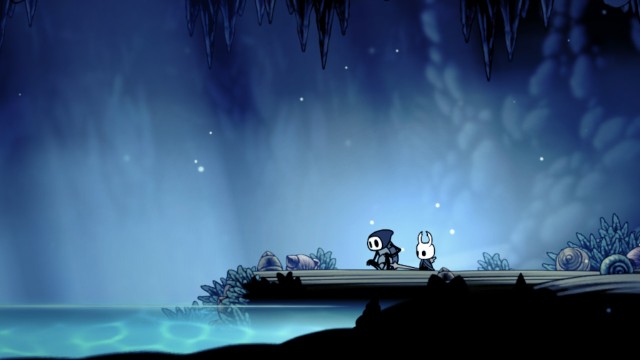 One of my favorite things about the Switch this year has been its ever growing library of indies. This influx has given me the chance to support my favorite indie developers a second time, or to pick up some that I missed on their initial release. Hollow Knight falls into the latter category, and I’m so glad I randomly decided to buy it after seeing it in a Nintendo presentation. Hollow Knight is a master of atmosphere. From wandering its haunting, empty world as a silent vessel, to its beautiful music and terrifying sound design, everything about Hollow Knight works together to create a world you get lost in so quickly. It fills you with a sense of curious wonder and terrifying dread as you descend deeper and deeper into the ruins of an abandoned, rotting civilization. One of the few games I 100%’d this year (minus the newest DLC boss rush mode), this charming, tough Metroidvania burrowed straight into my heart.

Three years ago the first Digimon: Cyber Sleuth game stole my heart. This year’s sequel, Hacker’s Memory, proved the series could absolutely do it again. For the first time in ages, we finally have some solid Digimon games. Hacker’s Memory opted to enhance the formula of the first game rather than reinvent itself. Acting as more of a mid-quel than a full fledged sequel, its story runs parallel to the events of the previous entry. This worked in its favor by taking the time to tell a more personal and character driven story than the first game’s world saving adventures. Digimon is at its best when it’s used as a vehicle to tell stories about people overcoming their struggles, dealing with trauma, or growing up in general and Hacker’s Memory understood this perfectly. I adored it.

Super Smash Brothers: Ultimate lives up to its name, this is the ultimate Smash Brothers experience. With 74 Characters, 103 stages (each with multiple templates), a 20+ hour single player campaign, hundreds of collectible “spirits”, and numerous other game modes, Ultimate is packed to the brim with content. Seriously, there is something here for everyone, you can go at it solo with its branching story mode or play individual battles on the addicting spirit board. You can boot up a quick match with friends in multiple formats, create massive tournaments, or mess around with crazy rules or home brewed challenges. There’s so much to do for every type of Smash player.

Beyond providing such a wide range of options and experiences, Ultimate stands as an extensive memorial to video game history. Instead of just putting trophies in a gallery for you to collect and view, Ultimate carefully crafts thousands of special spirit battles to make you feel like they’re all full characters you can fight against. To name just a few, Snorlax is a giant King K Rool that doesn’t move but has a ton of HP,  Ness’s father is a fight against an invisible Snake (absent father), and Deku Link is a Diddy Kong who only shoots his peanut gun. You can feel the love Sakura and team put into every aspect of this game. I think we’ll be playing Ultimate for a long time.

14 words. Time-traveling mechs protecting civilization from kaiju bug aliens in a sleek tactics game. *Deep breath* Holy crap, Into the Breach is so my jam. I mean just look at that wonderful screenshot. So much care was taken into every aspect of this game’s design and presentation. I could spend ages talking about the UI alone, not to mention how well it lays out its information and simultaneously gives you everything you need at a glance AND explains what everything is and does in perfect detail. This game is absolutely a masterclass in design.

This precision is crucial to the success of the core gameplay loop, which sets it apart from your standard turn-based tactics games. Instead of the normal, you move and attack, then I move and attack, Into the Breach’s enemies move into position and display projected attack patterns or targets. On your turn, your job is to do whatever you can with the mechs provided to kill, push, flip, or block the enemies from executing the attacks against your units, objectives, or the surrounding buildings that make up the power grid for your units. This ingenious design turns the game into an almost chess like experience, and every turn transforms into a new scenario you have to get yourself out of somehow. It’s absolutely brilliant. 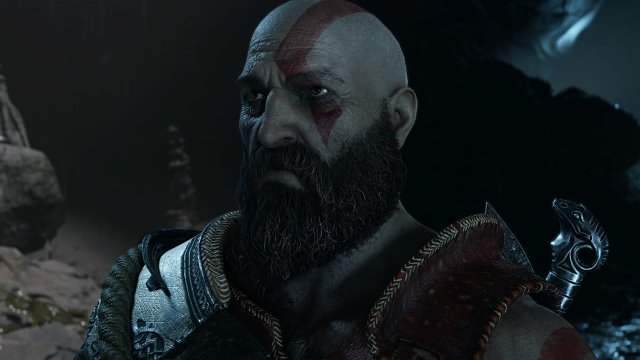 From the moment I watched that first trailer I knew God of War was going to be something special. It oozed emotional complexity and narrative weight that honestly surprised me. I’d never played another God of War game and don’t really ever plan on it, but this rebirth of the franchise is everything I could have asked for and more. Positioning Kratos as a struggling father in a distant land, trying, and failing a lot, to help his son not make the same mistakes he has was 100% the right choice. It let God of War mature and reinvent itself completely without having to erase or rewrite everything that came before.

Every aspect of God of War works together beautifully in its vision. The Norse world is very much alive, dangerous and magnificent, rich with a mix of familiar and unfamiliar mythology that is somehow extremely accessible (thanks Mimir) while also connecting deeply with the narrative structure of the game.  Every direction and character choice is well thought out and delivered from beginning to end. Even most of the sidequests manage to feed perfectly into the development and relationship of this father/son duo in a way that makes you never want to put the game down. MAN, God of War just freaking rules. Pairing this with a fantastic cinematic feel and great combat system (dat axe tho) makes it possibly the best game I played this year. Except for one very special game that climbed its way to the top of my list. 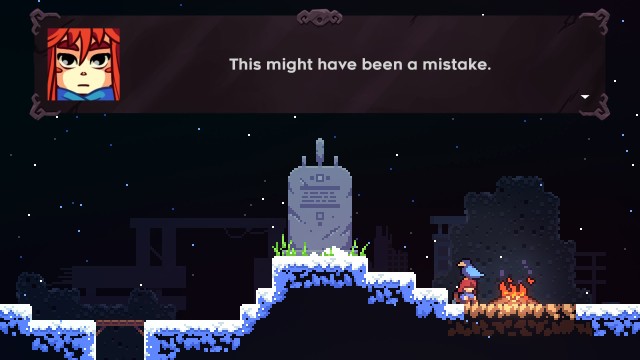 Not only is Celeste my favorite game of 2018, it’s quickly become one of my favorite games of all time. Celeste is the story of Madeline, a girl come to climb Celeste Mountain to both prove herself and outrun her demons. Unfortunately for her, the mountain isn’t about offering easy answers. It gives life to the side of herself she desperately wants to abandon, forcing her to take a long hard look at who she really is, and find a way to learn to love herself. Oh and it’s also a really punishing platformer.

These may sound like very difficult ideas to meld into a single experience, but the magic of Celeste is how perfectly these two parts are seamlessly woven together. Celeste is about trying and failing, failing a lot more, and then finally trying and succeeding. Failure is part of the journey, not something to be ashamed of. The game teaches you that without failure you can’t learn. Celeste sincerely wants to help you become better at more than just platforming, and if you let it, it very much will. This growth may not be everyone’s experience with the game, but as someone facing similar struggles, Celeste’s simple, personal story of self-compassion and acceptance changed my perspective in ways I’ll never forget. I feel no doubt in saying this game literally changed my life. It’s a testament to me of the potential of video games, and a strong inspiration to why I want to become a game developer myself. I have more words about this coming soon (Friday), but for now I’ll just say Celeste is easily my favorite game of 2018.